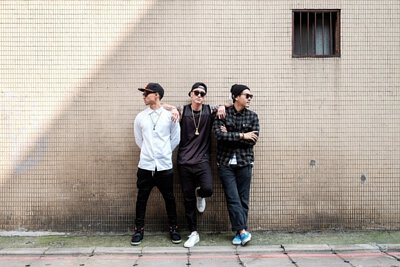 Founded in 2010 by best friends Ryan Yeh and Sunny Wang with designer Chuck Lee. Imperial Tales mixes traditional Chinese symbols and designs with a blend of western flare to provide a unique line of Jewelry and Clothing.

The Chinese  culture was veiled behind millenia’s of myth, folklore, history and heritage.Our culture first spread throughout the world through the silk-road – cascaded behind vast oceans, thousands of miles of desert terrain and hostile enviroments, these obstacles made china’s spices and silks coverted treasures of the western world.

From the Ruyi-Gua, Ying-Yang, to our calligraphy, vases and the dragon-these symbols became iconic and exemplary examples of Chinese artistry. From bronze to jade to porcelain china-Chinese artists have mastered these elements for war and for art.Throughout the copious millennia’s of human history, few culture have shown such originality in their arts and devotion to their craftsmanship.

Our goal at Imperial Tales is to continue this  tradition of meticulous and creative craftsmanship.We wish to mix our culture with modern era fashion, to bring forth a unique yet traditional style utterly orginal to ourselves. Each and every piece at Imperial Tales is designed with the same passion  and strenuous attention to detail as our fore-bearers. Tradition, uniqueness and quality are our mantras.We at Imperial Tales thank you and invite you to enjoy the Imperial Tales experience.

Born in Los Angeles, California but raised in both Taipei and LA. Brought up to be a rebel. Meddled with gangs as a youth but grew up to find a life that revolved around his family and surfing. Taught loyalty above all else, death before dishonor and honor amongst thieves. Believes in living everyday of life in pursuit of the things that bring happiness to himself and those around him. A son, a father, brother, husband and a friend.

“Life’s a Beach and I’m playing in the sand.”

Grew up in Jersey and the Big Apple. Raised to be a player in the game of life. Lives for his family and basketball. Went to New York University to study business only to find his calling as an Actor. Aspires to be like the original Rebel of the silver screens, James Dean. Passionately loves music, art, tattoos and fashion. The medias golden boy, the man all men want to be and all women want to be with.

Born in Taiwan and educated in America. Spent the better part of 15 years bent on searching for an alternative lifestyle. Soaking up different cultures, vibes and people only to find, his roots was what he was looking for all along. A second generation jeweler with a Graduate Gemologist Degree from G.I.A. and a passion for the unique and the daring. Well versed in 3D jewelry design and combining the East with the West.

“Loyalty, Artistry and Tenacity combined can change the world.”